Why I can't edit wavetables?

Could someone please explain to me why only the Init Saw, Basic Shapes, and a very few other wavetables can have their harmonics edited? And the vast majority, the bars are gray and I can’t do shit? And why hasn’t anyone complained about it here yet? 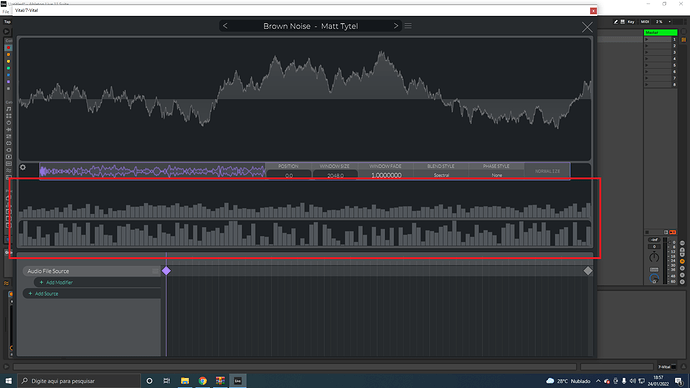 It’s because you’re using Audio File Source instead of Wave Source. There’s nothing to complain about since that’s how it works.

This is sad, very sad.
And the saddest part is that apparently there is no way to convert. Looks like Vital isn’t Serum’s killer after all.
Well, thank you. I almost bought the $25 version thinking it was a limitation of the free version.

There is nothing to be sad about. It’s just the way Vital works. If you want to edit the partials then simply use Wave Source.

All you have to do is Initialize a Preset then go to the WT Editor. You’ll see it’s set to Wave Source. Couldn’t be any simpler.

Vital is an awesome tool for making Wavetables but it does require you to have at least some skill.

But what I need is to lower certain harmonics in a Patch I already have, which uses a wavetable that cannot be edited, because it’s gray.

This is ridiculous actually, because the information is there. It’s gray, but it’s there. I could try to copy in an Init preset like you said raising harmonic by harmonic, but it would take a day and it wouldn’t be the same.
A simple copy and paste function would solve my life here.

People have released thousands of presets and hundreds of Wavetables if not more for Vital since it was released.

But then they understand how Vital works.

The problem is you’re just not understanding how it works. Stop comparing it to Serum an concentrate on learning the WT editor. You’ll be thankful you did.

Try this…initialize a patch and go to the WT editor. Click the hamburger icon and select “Import Wavetable” and load the attached file.

It’s on my wish list, for when I’m rich, thank you

You’re not understanding what I’m saying.
But thank you for clarifying some things.

I understand you’re complaining about how Vital works. But that’s just the way it works.

Like I said there are already tons of great patches and wavetables created by people who do understand how Vital works.

You can waste time complaining or you can spend time learning how Vital works. It’s a great synth if you can simply grasp its workflow.

I always complain, because I have a belief that is complaining that the world moves forward.
And since I offered a solution in the post where I tagged @Tytel , imagine if he sees it, and applies it, and Vital becomes an even better synth, because of my complaint? Given that it is something that I believe is not so difficult to program.

I know that Vital is a great synth and that you can do a million things on it like many have done.
But I’m not looking for sound design here, my patch is already done. It’s a simple bass patch.

What I need is to correct for certain frequencies that an Eq would not accurately do.
Besides the notes change eventually and I would have to automate the frequency band, God forbid of that.
I understand that’s how it works, but that doesn’t mean we can’t look for solutions, I’ve presented one.

No, you’ve presented what you think is a solution based on a misunderstanding of how things work.

Here’s a tip and this will apply when you contact any developer…if you want them to listen to you then it’s better not to use words like “sad,very sad” or “ridiculous”.

If you have a feature request then make it in a calm and respectful manner without an abrasive attitude. You’ll find things go far smoother that way and again that goes for any developer.

In serum it works because each frame has its own harmonics. The problem with that is if you edit the harmonics of one frame you’ll end up with a wavetable that has a random frame that is very different from the rest of the table. You lose all the blending and you end up with a random jump in your wavetable, which is not very useful imo.

I’ll probably end up putting a per harmonic filter as a modifier so you could set harmonic multipliers as a second step when generating the waveform.
When I originally was designing the wavetable editor I was considering having wavetable blend modes (similar to how photoshop has blend modes for photo layers). So the default blend mode would be adding the table shapes together, but another blend mode could be multiplying the harmonics together which I think is what your ideal is here.

yeah, maybe I sounded a little aggressive and maybe you picked up “ridiculous” a little more aggressively than it is for me because maybe our worlds are a little different.
But I will not remove my “very sad”. Because I’m sad. It’s sad. Isn’t it sad? I need to fix my patch and I can’t.

And maybe… I’ve presented what I think is a solution based on a misunderstanding of how things work. "

"
Or… maybe you didn’t understand what I meant.
But I’ll demonstrate it better in my answer to Tytel and if you both really agree that it’s not a minimally acceptable solution, I give up and apologize.

I believe you understand me, but I need to be sure: 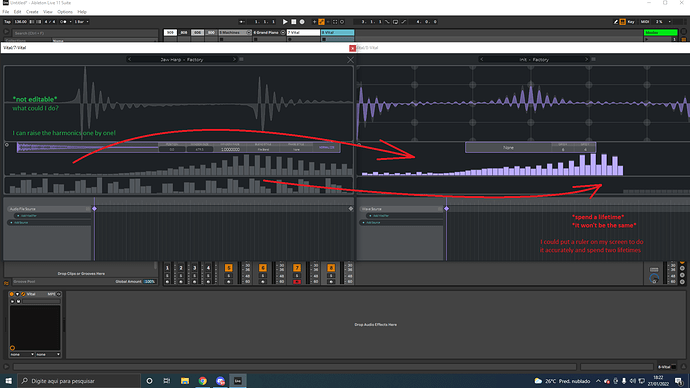 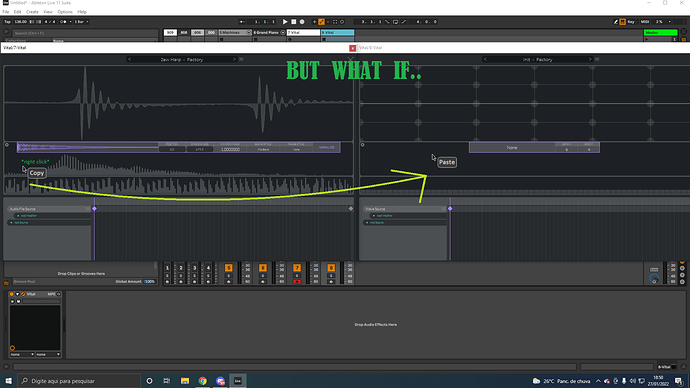 Is this really not possible??
The only reason I can think of is if for some reason the gray values are anywhere in the system. Is that what happens?

I mean, if they’re there, beautiful, in gray, the values are somewhere, right?

Please give me an explanation. I won’t insist on it anymore. I’m tired.

@Tytel Sorry to bother you about this issue again, but, after reading this whole thread, I think a good compromise solution (along with the per note filter and potential waveform blend modes) would be to have the option to “copy current audio file source frame as wave source frame”, which would not only solve the problem that ldthales is having (since it seems like they only need one frame from the audio file wavetable), but would also avoid the issue of having potential jumps when editing the entire wave table as a wave source (since you’re only exporting one frame from the audio file source) In addition, you could copy and paste multiple different frames from the same audio file wave table to make a dynamic wave table that not only resembles the original audio file wave table but can also be edited as it is in wave source format.