I know there’s already 2 Thank Matt Tytel threads, but I really felt this was worthy of it’s own.

We all know were in a crazy time and space and I’ll leave that at that.
With that said, some not only recognize, but really seem to be doing what they can to step up to the plate and help truly move things forward.

As not just a musician, but as one involved in instrument engineering and dev myself, I have a deep appreciation for daring to step into the directions of things like Open Source and Creative Commons. While sensible in so many ways, so much of the current workings of the day to day serve to make such things counter-intuitive to the environment…
subsequently, it takes not just heart, but some real serious balls to be willing to pioneer in the direction.

Tytel has not only done such with Helm, but now done so again.

My hat is off to you Tytel.

Not only have you done some superb work in the area of synth development
But you’ve done some damn fine service toward humanity.
Keep surfin the waves good sir.
And for what it’s worth, know you’re not alone.

I missed the opensource thing, where is it announced?

Here is the website he posted the Open Source code! 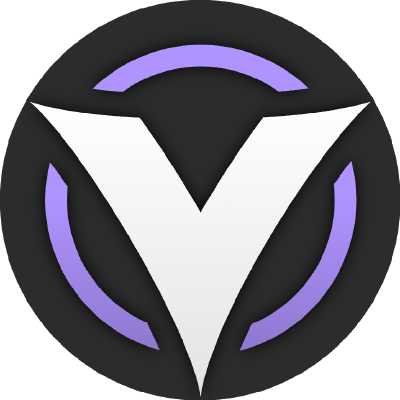 I was thinking about spending 80$ for the last few days. This then settled it

also hitting the ttwt limit every day was kind of annoying… Vital is so damn fun to use. Thanks Matt and hello community

Do I smell cross-pollination with Surge and Odin2?

you should spend something ultrabert. It’s more about supporting Matt than any features or presets you’re missing.

no buyers remorse so far.
I just have to start making whole songs again. For the last few weeks I have been stuck in some loop where I only want to create new synth patches. Such a time sink…

Time sink or learning by play? learning is a good use of time in my opinion. But I know the feeling.

That’s only going to be a one-way street from because Surge and Odin2 are GPL3 only while Vital is also under a commercial license, so it can’t use code from GPL projects.

That’s only going to be a one-way street from because Surge and Odin2 are GPL3 only while Vital is also under a commercial license, so it can’t use code from GPL projects.

Oh, that’s too bad. Because there have been some request for more filter modes, and particularly those of Odin are very well regarded.

Yes definitely. The GUI is just a little masterpiece. It really supports playfulness and the visual feedback makes everything you do very understandable. I have found some rough edges, but only a few and I’ll save my complaints for later, haha…

Wow, I did not expect this to happen. Open sourcing your project is a big undertaking; it’s kind of like cleaning up your house to have guests over multiplied by the size of your code base.

The possibilities from this are endless. Raspberry Pi-powered Vital hardware, anyone?

Actually Vital is also released under GPLv3
See here
So Matt could still license his parts of the code to commercial Apps, or do I get this wrong?

If you are making a proprietary or closed source app and would like to use Vital’s source code, contact licensing@vital.audio for non GPLv3 licensing options."
(https://github.com/mtytel/vital#what-can-you-do-with-the-source)

this sounds to me like yes, but i´m not a lawyer for licensing stuff.

Yes, he could license his parts. But if commercial version has less features than the open source version, who would want to buy it?

The only way we can get Surge and Odin features into Vital is if someone forks (and renames) it, so it’s GPL3 only. I doubt that’s going to happen anytime soon, though.

so far, the best VSti instrument I’ve ever used…had to upgrade