I know that effects can be disabled by unchecking the box, but I want to assign macros to specific effects such as reverb and delay, and I don’t want them to use my CPU when the effects’ mix knob is set to 0, it is basically the same as being disabled.
That’ll make it so much easier to make presets with the option to add wetness to the sound by just turning a knob instead of enabling multiple effects, and it’s not just with reverb and delay, also with other effects
Mix Knob set to 0: 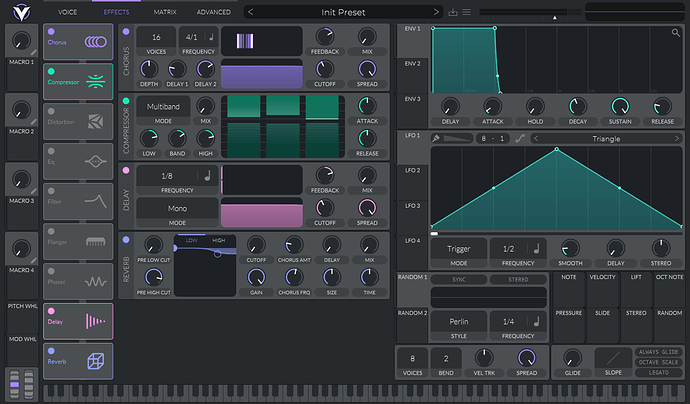 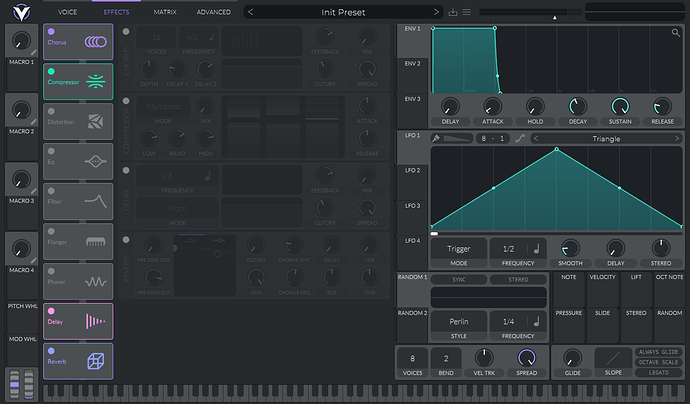 This isn’t a bug, this is intentional because the effects have state and disabling them would clear or freeze that state when you brought the mix back up.

Oh right, that makes sense, but that brings me to the point that the effects are really CPU intensive, a lot more than let’s say external similar effects, is this fixable? because as the screenshot above shows, my CPU went up to 11 just from using 1 instance of vital, that means I can only use 10 instances max on a project, which is really limiting

It’s good to remind that the CPU meter in FL Studio doesn’t show actual CPU usage but a “buffer fill” and % of it running out.

Different metrics - The FL Studio CPU meter measures how quickly each audio-buffer is filled. Specifically - (Time taken to fill the buffer / Buffer length). 50% means the audio for the buffer was generated in half the time available. On the other hand, the Operating System CPU meter measures overall CPU ’ utilization '. Utilization is the percentage of processing-units on the CPU in use. Specifically - (Processing-slots in use / Processing-slots available). 50% means half the processing units were in use. So, utilization is about processing capacity not how quickly it is processing a given task , such as the FL Studio audio. Put simply, FL Studio’s meter measures time (processing speed), the Operating System measures capacity (processing slots in use) . The two measures are not the same, even if they are both reported in percent! But wait, there’s more: time-scales and logic .

But back to Vital - I personally don’t see a huge difference when all effects are in use VS when they aren’t, but I believe it heavily depends on hardware configuration. Also good to mention that wavetable synths generally need more processing power than your regular synths.

Anyway you can make Vital use less processing power simply by setting it’s oversampling to DRAFT in ADVANCED tab, that should allow you to use more instances.
Depending on your DAW you can also set audio buffer to be bigger for a cost of bigger delay (can be annoying in case you’re using midi devices) or by simply changing sample rate of the whole project to lower & then before exporting setting it back up (treat it as a last resort option).

FL Studio allows you to also use “TOOLS >> MACROS >> Switch smart disable for all plugins” which will have a huge impact for you in case when you use a lot of plugins.

Thanks for the detailed explanation, I knew about all of the ways to optimize the CPU usage and I use them all, even when setting it to draft (and using the 2048 buffer size option) it takes up 9% of the CPU, which is still a lot in my opinion, it’s just that the weirdest thing for me is that it’s the effects that do that, not the oscillators or the sound itself, this is why it was a bit weird at least for me, but despite that, I do think that Vital FX are top-notch I mean compared to other synths the GUI and the way the effects work is really great, but if there could be a way to maybe reduce their CPU usage, with maybe some compromises I’m up for that

but if there could be a way to maybe reduce their CPU usage, with maybe some compromises I’m up for that

No, please do not compromise sound quality or features to reduce CPU demand.

For me, Vital appears to need twice as much cpu power compared to other synths and that is a rather big downside.

Oh yeah I didn’t mean that, and I agree that wouldn’t be a good idea, I mostly meant compromise in terms of animations and UI, and things that are mostly visual and are not that important
But I have another suggestion, maybe Matt could add a toggleable switch that when enabled will “simplify” the effects plugins to be 1-2 knobs but that would use less CPU, or potentially reduce the quality of the effects, that would be a togglable option of course so only if you see that vital is using too much of your CPU, you can reduce the complexity and quality a bit.
Or a simpler solution, kind of like how in the advanced tab there’s the “oversampling” tab, I would say even add another tab for the quality of the effects that can be changed there.

I find that vital alone with no effects is fine, doesn’t use a lot of CPU, maybe uses a bit more when you’re adding some voices and using the detune option, but I don’t think that is the main thing that is overloading your CPU, it’s the effects that are using a lot more CPU than other synths, my workaround currently is to use external effects like Valhalla’s free reverb instead of the vital one, for some reason, it uses less CPU, but I gotta say Vital’s effects are the best as for quality, compared to other synths

Oh yeah I didn’t mean that, and I agree that wouldn’t be a good idea, I mostly meant compromise in terms of animations and UI, and things that are mostly visual and are not that important

Vital doesn’t process UI when it’s window is closed, so a toggable switch/option like that won’t really do much.