Whenever I open the “Transpose Snap” menu, and while keeping it open I close the plugin window by clicking x, and then opening it again, and maybe repeating it few times it crashes FL Studio, another way to crash it is by clicking the floating “Transpose Snap” window while the plugin itself is closed (for some reason that still shows up even though the plugin itself is closed)
I also asked other people if they had the same issue and I noticed that I’m not the only one who experiences that, so I thought to share that as a bug report, hopefully, you’ll also be able to reproduce it and fix it 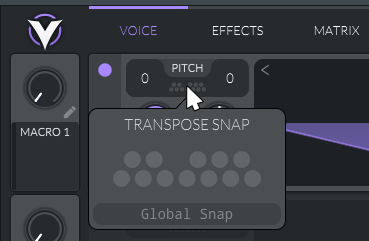 I can confirm FL Studio 20.7.3 crashes with the VST 3 version if you leave the Transpose Snap window open and then close the GUI. It does not occur when using the VST 2 version however.

Ah thanks for the tip! I’ll put in some checks to prevent this from crashing.

Hey I know it’s a really late reply, but I just wanted to wait a bit before saying anything, I thought in the next update it’ll be fixed, I’m using 1.0.7 and the bug is still there, anyways same info as before, and I want to switch to VST2, the problem is

You could simply remove the Vital.vst3 file from Program Files> Common Files> VST3. I recommend using the VST2 version in FL Studio anyway.

What version of FL Studio are you running ? Vital works fine in FL Studio here on two different systems so there is some other cause of your problem.

By the way the latest Vital version is 1.0.8 at least on Windows.

So I updated Vital, removed the VST3 file, re scanned the plugins it and now it loads correctly but instead of crashing FL studio vital just doesn’t load when I’m closing and opening it while leaving the window open, it sometimes takes a moment or two to load but sometimes it just doesn’t respond and has the same effect as crashing though it doesn’t freeze FL Studio, it just doesn’t let me click anything, I’ll say tho that I guess this is better than the VST3 problem, but still annoying.
Also I have a question, I’ve heard from a lot of people that VST3 is a lot better than VST2, this is why I started using it a more, you’re saying the opposite, is it because FL Studio is not handling well VST3 plugins or is it a problem in general with all the DAWs?

I’ve just seen people report issues that affect the VST 3 version of plugins and not the VST2 version. I think the problem lies with the VST3 specification rather than any one plugin or DAW.

One thing I do notice is that Vital appears to be using VST 3.6.13 while other plugins I own show VST 3.7.1 so that may have something to do with it.

At any rate Vital works fine here in FL Studio 20 on two systems both VST2 and 3 so your problem lies elsewhere.

What version of FL Studio are you using ? What are you system specs ?

So I don’t see anything in your system specs that would prevent Vital from running unless it’s the Xeon processor. Your FL Studio version is new enough that it shouldn’t make a difference. I’ve seen several people here reporting issues but they’re still running FL Studio 12.

Well then I’m out of suggestions. All I know is that Vital runs fine here in FL Studio on two systems. Why it’s not running for you I can’t say.

Okay thank you for your time

and as I said before switching to VST2 still is better, so you did solve the crash issue, just not the freezing, and as for now I’m fine with that, hopefully it’ll be fixed in the next update

I’m moving this transpose snap option to an ‘internal’ window instead of a ‘popout’ window so that should fix this issue.

Not sure when the fix will be out but will come out in the next bug fix release.