inspired by the random LFO script, i started with a skin file creator to learn some c++.

managed that it can open a file, write information to the file and save it as .vitalskin.json.
but it don´t work when you load a file with information for just a few colors.

tried to “cout” a existing skin file and change just a few colors to see if it works, but with “cout” i need to put a \ in front of every " and there are so many " in a skin file.

maybe someone else here is working on something similar or like to give some advice wich commands could be usefull.

decided to try c++ because vital source code is c++.

So I’ve been trying to rewrite the random LFO generator to c++, and one problem I came across was that it was really hard to make the "s be part of the string… when you are saving the file, the "s won’t be there. Can’t figure out a way to fix that…

By the way, nice text art!

if you post what you got so far i´ll try to find something, random lfo is the next on my to do list.

I just looked through it, I’m actually not totally sure I know what’s going on. I think it might be another problem, not the "s
Organizing it into functions would be really nice
Maybe opening the json file and comparing it to the original, or eliminating the .json ending

By the way, nice text art!

thanks, real GUI was to complicated.

I’m trying to learn GUIing in c++, might implement one…

do you use tools/GUI designer? can you recomend something?

…so when I said “trying to learn something” I meant I want to start learning but can never find the time to. I did find a video on wxWidgets that might work.

thanks will try that.

I think it would be cool if someone could make a web version - Vital is all vector so it would just be a ton of CSS and JavaScript. And if you have a web implementation you can do all of the fancy web things like sharing skins, collabing on skins, etc.

I totally agree… I’m using a chromebook provided by my school, and I can do literally nothing with it. If C++ can be run and called inside JS, it wouldn’t be hard to implement. I know no JS though…
Is JS called by HTML5 to be in a webpage? Or can a webpage be made with JS?
Looking at the source code for cpp.sh might work

Theoretically a website could be made on GitHub pages that could support all of this and keep everything nice and tidy. We would need to model the synth design from the ground up in CSS and HTML. JS is called by the webpage, and can technically generate a webpage. If someone even created the elements that make up Vital (like the oscillator sections, knobs, wavetables, etc), you could edit those and generate a json file that could be used as a .vitalskin. As far as I know, no one would have time to meticulously recreate the UI layout and design into a webpage. But we can recreate the elements that Vital is made of, meaning that the user wouldn’t know what the skin would look like in its finished form (just like when you open up Vital), but they would have a very good understanding of what they’re making.

Quick edit: Instead of modeling the the elements using some sort of WebGL or canvas, it would be way easier to design the elements in a graphics editor and export them as a .svg. It would then be easy to edit the colors of the .svg element.

Someone on the discord server has posted a link to a python based editor they’ve developed. 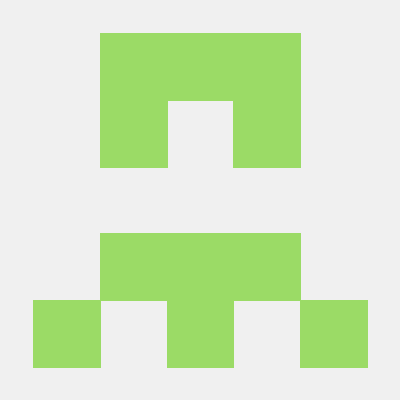 This is a short python program, for adjusting colors from an existing .vitalskin file. - JARA99/Skin_Recolorizer_for_Vital