A lot of people appreciate the modern flat design as fresh and clean. I’m not one of them. I don’t care that much if a knob is red, white or blue, but I do want a knob to look like a knob (and not a flat colored circle).

It would be cool if Vital Skins in the future could handle more complex design elements than just color.

(Please note that I’m not trying to start a debate whether flat or skeuomorphic design is “best”; that’s a pointless debate since it’s just a matter of personal taste).

I’ve seen really cool skins done with what Vital offers in terms of skinning - you can go far, maybe you just never found cool enough skin that speaks to your personal taste. Of course you won’t get wood decal but that’s the price for having fully vector-based UI (of course technically it could be still possible even if we limit ourself to vectors only)

but I do want a knob to look like a knob

It can be achieved already:

This is Peri Skin, I don’t remember who made it (probably someone called “Peri”) but it looks really good while giving you that feel of a “real gear”, here’s screenshot of full UI: 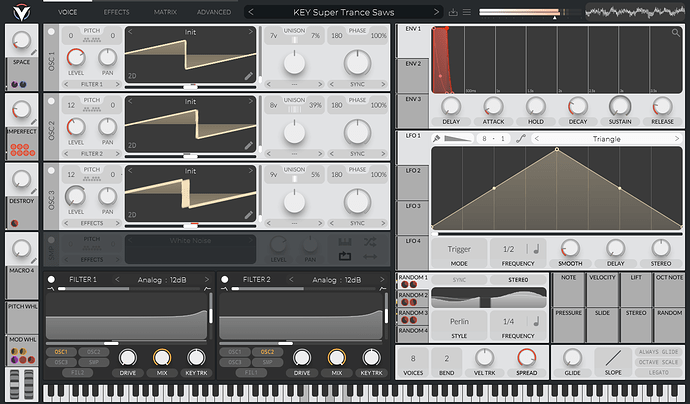 So as you can see we’re limited only with our imagination & skill to actually use the skin editor that we already have in powerful way ^.^

I’ve made my own custom skin edits for Vital and they function as well as being pleasing to my eye but the point is no matter how hard we try we’ll never get this level of realism in Vital: 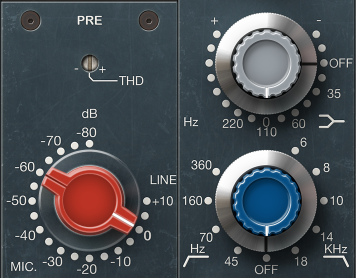 Some people don’t care for such realism but I do however I realize that Vital is never going to have that level of realism. Doesn’t stop me from wishing anyway…

point is no matter how hard we try we’ll never get this level of realism in Vital:

ik, but actually I am absolutely happy something like this is impossible haha ^.^

Anyway jokes aside - I understand what you mean & your wish (even if I personally don’t like skeuomorphic direction), and yeah, this will rather not be possible unless Matt decides to allow PNG files and they are really awful for scaling (they get blurry, you also need to prepare 2x and even sometimes 4x or 8x files too, this is why a lot of devs switch to vectors nowadays - we have screens with higher resolution and scaling is something that’s a necessary feature and vectors are just easier and faster solution).

If the skin editor could take SVG references instead (or in addition to) the color definition for an object, just about anything could be defined. A quick and dirty SVG file defining the blue button above:

(well, it’s a png because the site doesn’t allow svg files, but the svg file looks the same).

I’m not saying that it’s just a matter or creating a number of svg files and load them, there’s probably a lot more complexity behind the scene concerning object interaction and layers. But I am saying that the fact that the GUI is based on vector graphics isn’t by itself a reason to why we couldn’t have 3D looking objects.

Obviously, but it already is defined to allow shadows/lights and some shapes. It would need to allow some more or as you said - direct implementations of SVG which can be actually hard or even impossible depending on how code related to UI works.

Not to even mention how things could get slowed down too while being rendered - too many definitions/too complex shapes and you have a disaster.

[quote=“MissViolinMelody, post:5, topic:6769”]
PNG files and they are really awful for scaling (they get blurry, you also need to prepare 2x and even sometimes 4x or 8x files too[/quote]

Not saying that’s where Vital should go just pointing out it is possible.

Yeah but as you can see - all of them are of limited size or if you want to resize them, they get blurry or require PNG files in higher resolution (or even in few)

No not blurry at all. U-he’s Hive has 14 different sizes and none of them are blurry. If they were Urs would hear about it. All the sizes that work at 1080p here look great not blurry at all. Sure they require some extra files but like I said it’s not impossible. 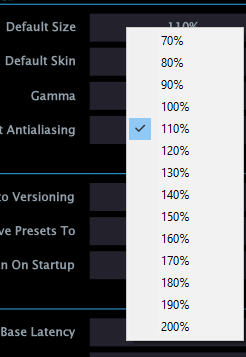 yes it’s not blurry because either it uses really high resolution PNG files or it has different resolutions of the same elements just to have different size options.

The point was, it unnecessarily makes things more difficult to design. Having vectors as UI allows you for quicker editing & generally you get infinite size options, this why it became main direction nowadays for many developers

I don’t have a problem with Vital’s GUI now that I’ve knocked the candy colors off of it but if it got a GUI like Hive 2 or Dune 3 I’d be happy. It’s not going to happen but like I said it doesn’t stop me from wanting it…