I’ve been having a blast with Vital the past couple of days. Its such a powerful synth. Its easy to get carried away with all of the layers and modulations and wind up with something wicked complex and hard to tame. A wavetable oscillator and its ability to index introduces an amazing amount wave modulation capability just in manipulating the index position.

It’s easy to start thinking in a subtractive way and just instinctively add a filter or two tied to an envelop and etc. However, the wave table itself might already have elements of a filter sweep laid out in interpolated table form. If you are just using a single index position on the wavetable it will act as expected when you are used to analogue oscillator behavior. However, manipulating the wavetable index could get confusing because almost any type of sound modulation could already be present in the wavetable itself. This could be cool or muddled depending on what you are going for.

I was messing around this morning with just a single oscillator loaded with the Harmonic Series table and just added a dirty 12db lowpass filter. I’m modulating the wavetable index slightly with a slow triangle LFO. A bit of delay and that’s it. I added my go to Valhalla plate reverb and an oscilloscope just to watch the waves shift around. I wired the filter frequency to my mod wheel and noodled around a bit. Sometimes a simple thing is a thing of beauty and is easier to achieve than something dense and complex. I took some video of the pretty waves and thought I would share. Apologies for a couple of audio glitches that got picked up in the process. Definitely not from Vital.

I love the sound you’re getting there. I tried following your description of the patch but can’t come up with anything similar. That could be because the external plate reverb is doing something that can’t be replicated with just Vital? But it’s equally likely that I am just not setting things up correctly. Could you post a screenshot of it? Or the preset, itself?

Love it, thanks for sharing !
Best
YY

I don’t even think I saved the preset. It was so simple. I could probably recreate it. Stand by…

Here you go!. It’s not exactly the same. I originally used a different delay set at 3/16 and the Valhalla Plate Reverb. The delay and reverb included with Vital are pretty damned good but I couldn’t quite nail that shiny plate reverb sound with it. I do think it comes pretty close or at least gives the same lush feel if you crank it a bit wet and play solo. I set the mod wheel to control the filter and I play while slowly modulating that forward with my left hand. I suppose you could do that with an envelope but you would lose a bit of mojo that you can only get from your modfinger.

The only other modulation is that shallow triangle LFO that’s just nudging the index on the wavetable.

This sounds great! Thanks for sharing.

Many thanks! It’s your use of stereo on LFO1 that I was missing … funny how big a difference that makes. I spent some time making variations on your “Simplicity” and eventually ended up with something I named “Simplexity” … simplexity.vital (331.7 KB). Enjoy! And thanks, again.

I think this version is dialed in a bit better. I think I didn’t had key tracking on the filter plus I added a wee bit of distortion drive to the mod wheel.

Wow. You really polished it off and you’re doing a similar thing with the filter drive that I decided to do with the distortion. Only thing I would change is engage the Key Tracking for the filter and adjust it a wee bit so that it behaves similarly up and down the keyboard like so: 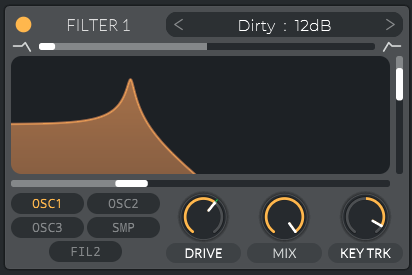 Thanks! I’ll give that a try. There are so many possibilities with Vital …

Yeah. It’s easy to go from simple and pleasing to crackers with a few small tweaks. Here’s that same wavetable with quite a bit more modulation. Robot Thinks of Murder.vital (1.7 MB)

Wow! Definitely not in Kansas anymore –– that, or little Toto has gone over to the dark side. Very cool what you got out of the OSC1 Time Skew (it took me a while to figure out what was making that sound!).

I somehow missed that you’d posted this updated version. That came out really nice! Thanks again for sharing these.

This video is so beautiful, and your comments so insightful, @buchenberger! Thank you so much.

How can this video have only 26 views??? I have tried to promote it at the VitalSynth and musictheory subreddits.

Also, thank you for the presents shared here.

Just curious, do you mind sharing the details about your video recording? The resolution / fps combination is quite good.

Thanks! I used OBS to capture the screen. It will record in 60 FPS. I generally do post edits in DaVinci Resolve. Both applications are free.