I am new to Vital so sorry if I get something wrong. I am using Vital and My laptop keyboard to make some music but I was wondering if I could save what I play to a file and share that with my friends.

there are countless programs that can save audio on a computer, audacity for example.

I mean save the music from Vital, because I don’t see a record button in Vital anywhere.

Vital is a synth, there is no record button, since it is not a DAW or a recording program. You make music with it and you record with another program.

Easiest way would be to load vital as plugin in a DAW (Reaper is free to try and use) and record your music there.

Ok thanks! Are there any other good DAWs out there? Also do you think you could give me some instructions on adding Vital to a DAW as a plugin?

If you have installed vital, the plugin variant is already installed on your system by default. It is simply a matter of adding a midi track (or sometimes called an instrument track) in the DAW and choosing vital as soundsource.

There are many good DAWs. It depends on what you need, what operating system you are running, if you have to share your sessions with others and how much money you want to spend.

I personally use Ardour and Mixbus, and did a lot of work in Ableton Live.

There is Protools, which for many Studios is still the Standard, for obscure reasons

Logic,Cubase,Bitwig to name a few others… It really depends on a lot of factors.

Ok. I am running Windows 10 and don’t really want to pay for a DAW. Do you know of any good beginner friendly DAWs out there that meet what I want? Thanks again!

Hi. A quick Google search reveals this https://www.digitalbrain-instruments.com/freebies
I’m on a Mac, so no experience of this I’m afraid.

Not a DAW. But you can play vital and record I think.

reaper is free for 60 days, but more like a rubics cube than beginner friendly.

many daws have a free trial version, if i renember correctly ableton live is one of the more beginner friendly.

if you just want to reccord a single instance of vital, use audacity, it´s free, just setup right audio source and press record. 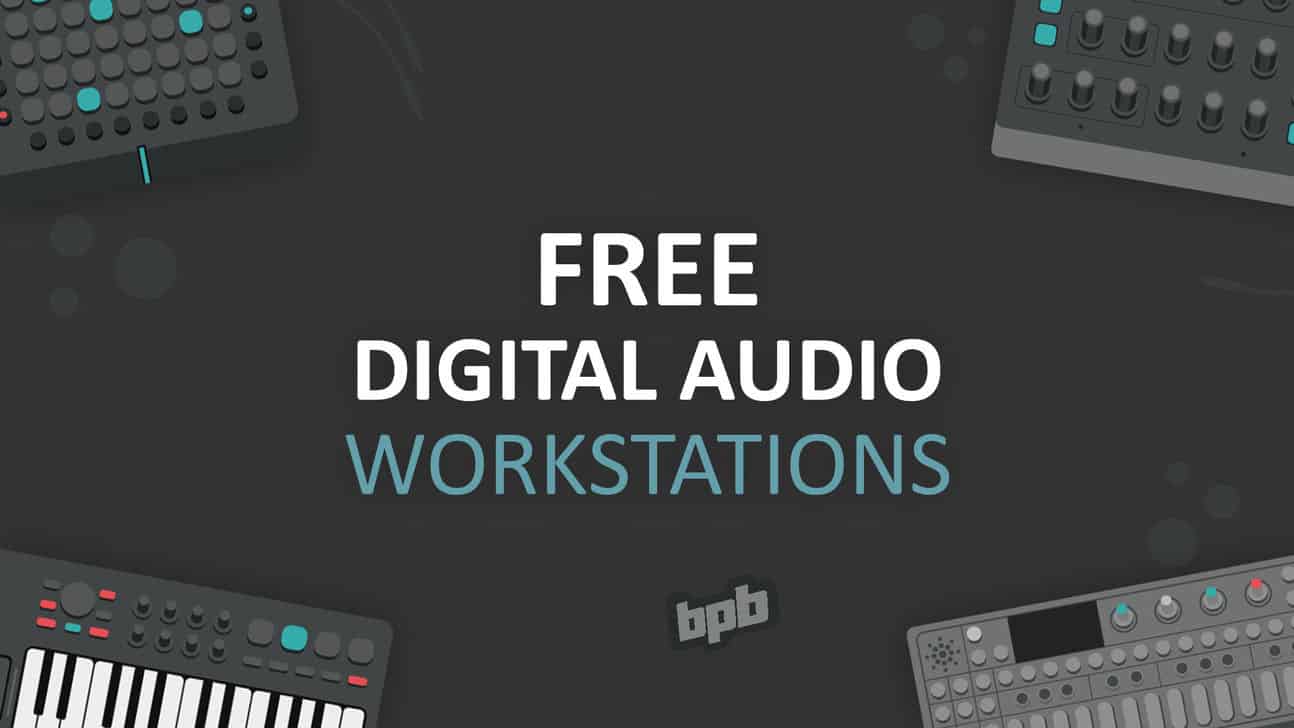 The best free DAW applications for use on Windows, macOS, and Linux. Download a free digital audio workstation for your music production studio.

Thank you all so much! Since I only need one instance of Vital I downloaded Audacity, but when I try to choose my input device, only my laptop’s mic and “Microsoft Sound Mapper - Output” appear. Any ideas?

if it´s only soundmapper, try if that works. you can change host too, try different combinations. one should work.

i think this settings depend on your soundcard/computer so you have to try out what works.

before you reccord press pause+rec, you should see the meters(at recording level) move now when you play a sound. set the reccord volume so the peak of your signal keeps just a bit below zero. if it´s set much to high or low your playback will sound bad.

when finished use export file. if you use export to wav you can load the file back into audacity later.

I have tried using “Microsoft Sound Mapper - Output” but it still doesn’t work. I am thinking about getting the VB-CABLE virtual audio cable and set my output in Vital to that, but if I set my output to the cable and the input in Audacity to the cable will I still be able to still hear the sound?

should work without that cable.
below the play butten are 4 bars to select. first two are audio host and recording device.
https://manual.audacityteam.org/index.html
number 9 on the picture

you have to try wich combinaton works. you have to press rec and play a sound and see if the meter moves. if not press stop try different setting and try again with rec if it works.
i have windows wasapi as host.

it´s a lot of trial and error with these things.

One more thing, there is some kind of static sound that shows up when I try to record, but I think it is just caused by my PC being really slow. I think I will just change the oversampling in Vital to 1x and see if that fixes it.

how do you connect the mic? should be possible to reccord both at the same time. Normaly it records everything going through the soundcard. Vital, mic, system sounds, sounds from browser…

can only guess where the static sound comes from, often it´s because a plug isn´t connected 100%. Don´t think it´s the PC.

I have a headset with a mic that I plug into my laptop. In the sounds recording tab I have Headset, Microphone Array, and Stereo Mix.

The static sound seems to only appear when I load very complicated presets in Vital and press multiple keys at the same time. I can send you the audio file if you want.

i would recomend to have some fun with vital first and try later to record both at the same time.
also you can record vital first, then add new track to audacity and record mic or another vital instance while the first recording is playing back.

you´re probably clipping, at vital there is a little white trinangle on the meter. move it to the left so the meter don´t hits the right side. Google clipping, you will find explanation easy and understand why it sounds bad.

with windows task manager you can see how much cpu vital is using. but i think it´s clipping.