For dealing with harmonics and various ratios in FM synthesis, ratios rather than semitones and cents are easier to use for getting the exact sound with no detuning. Rather than having both methods on the UI at the same time, having a toggle between the two methods per oscillator would be enough and wouldn’t add much to the UI aside from a single toggle button I reckon. Plus an offset in hz for specialized 0 ratio + x hz uses and detuning an oscillator by a static hz difference for a constant wave beating speed.

For the ratios themselves I think a fraction interface would be better than inputting decimal values what with fractions like 5/3 resulting in an endlessly repeating 1.66666666 etc. Plus whenever I use a synth with ratios that only take decimal values I end up having to open up a calculator to convert them anyway, it’s not like the decimal input is more user friendly.

I was actually on planning on adding this “harmonic” mode as a toggle (have you been reading my notes?)
I haven’t decided on what the scaling should be though and if you should be able to do negative harmonics. The harmonic mode would work pretty well with the key-tracked LFOs because it would allow you to use them as FM modulators really expanding the FM ability in Vital.

The only thing that may take a little while for this is if the oscillators don’t work with negative frequencies.

Hi Matt,
Cypher2 has an excellent implement on that kind of thing, you should have a look-

Best
YY
Edit ( Cypher2 have zero fm implementation)
I didn’t think about that too much, but perhaps if lfo can be mod at negative freq, and if we could modulate an DC at oscillator level…( I need to think it twice, I’m on the road now…) best wishes for the Christmas holidays, spend some relaxing times man!)

I was going to post a message suggesting a pitch ratio feature when I found this thread, I threw together a little image in Illustrator to… well, illustrate the idea of making the note tracking option a draggable value like LFO frequency is, rather than a toggle, where the values would be based on the key follow parameter of a Roland D-50, which covered a range of 0 (no tracking) to 2 (two octaves of pitch per keyboard octave), with fractional values in-between, and 1 being normal.

[edit: I see the D-50 actually went down to -1, which adds that much more opportunity for sonic mayhem.] 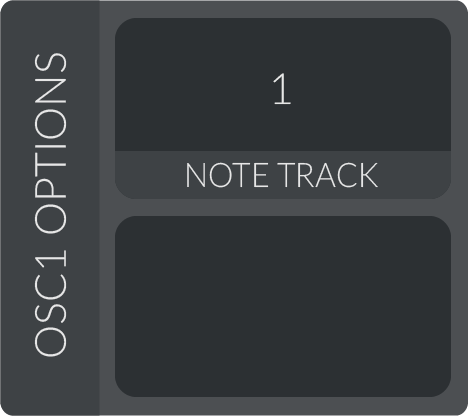 And a screengrab from the Roland D-50 manual showing the ratios in more detail: 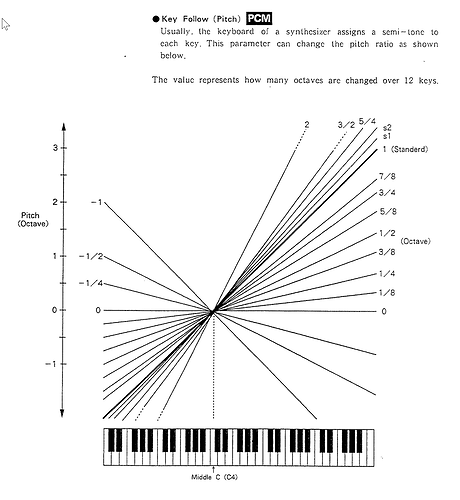 Negative Harmonics would just be the reciprocal ratio if Harmonics are the way you want to go rather than clean, simple, ratios that aren’t limited to Harmonics.

Like, what harmonic is 7/5? I have no idea, I’m not even sure it is, but funny ratios like these make really dirty grimy sounds.