It would be nice to have three different colours for ENV, LFO & Random.

It would be nice if the circles will include just the first letter of modulation source and the number - maybe a condensed / small font.

Sure this would be also nice for the targets - but yes there is less space.

But as the circle have scaling, there could be might a additional state which would be the first state / size.

Yesterday i take a look to the skins for Vital, and it seems the colouring should be no problem at all - even if it is / could be a little bit tricky. I’m not sure if this greenish circle is already included in the skins. 1.) Haven’t found it yet and 2.) it seems i’m not the only one - see: https://forum.vital.audio/t/skin-sharing-thread/5631/7.

About the letters i’m not sure - but i think even the smallest screen should handle it - and if not, then this feature is only for those who have a screen which is big enough. Maybe i try to emulate the situation with Affinity Photo.

Made a small test. I think the big circles could be 2-4 px bigger.

If the targets would have a third state with a bigger circle, we would have two states where we could read with which sources the targets are connected.

For the letter using i’m not sure which way would be the best. For the sources i think it is easy:

for the sources there are two ways: 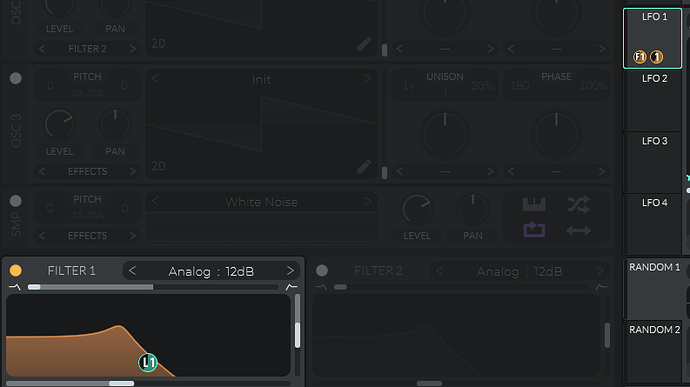 First i coloured LFO, ENV and Macro with different colours, then i realised i forgot there is the 5th modulation group. And most of that groups need to have to state of colouring (e.g. for stereo).

Right now we could see modulation depth which could be coloured and then the “complete” modulation process which can’t be coloured btw. it is only one colour!?

I have no idea or solution how this could be optimized. Vital is in this case to unlimited.

I mean you could modulate one target with more then 16!* sources - * stopped by testing 17 sources…

For me one of the best UI is the one from Razor - but an adaption won’t work, not until there are limitations for the sources/targets. But even if it would be limited there would be a lot more buttons… / rework.

The only idea that come to my mind is concept Pigments from Arturia.

If there would be one row for all the modulations. The design could be still slick, one part of the circles would be all in one place. This would be fine i think.

The only thing that would be then missing is a ideal solution for the (at) target modulation view.

How did you even manage to get the letters and numbers into the mod circles???

Sorry, I think you haven’t seen:

Maybe i try to emulate the situation with Affinity Photo.

So it is only a graphic not code editing.

Sorry, I think you haven’t seen:

Aaahhhh, you’re right. I completely overlooked that sentence, sorry.
Already thought you’re on your way to completely hack the skin

Aaahhhh, you’re right. I completely overlooked that sentence, sorry.
Already thought you’re on your way to completely hack the skin

I can only play with pixels… 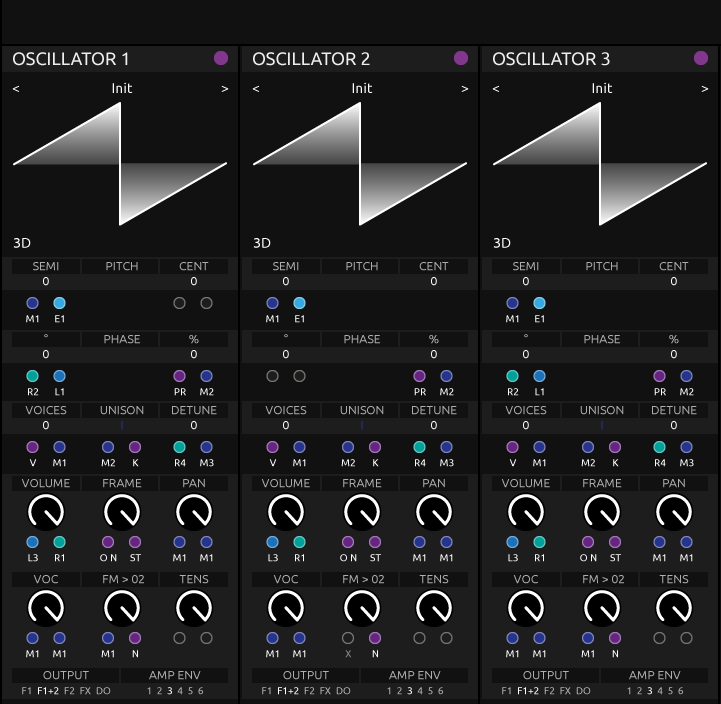 Ok, didn’t want to copy any design. It was just a test drive.

But didn’t help much, still thinking there is no the best way. If you add source modulation under the targets you need more space and also more buttons…