Modulate Modulators with x*(y+1) rather than x*y

Currently working on a synth patch where I’ve got your typical plucky lowpass filter and I wanted to make the range of the filter’s envelope expand upward with an LFO, but it seems that the current behavior is to multiply the envelope level with the LFO level (I’m in unipolar mode, bipolar made it worse for my goal obviously), resulting in a filter envelope that goes far lower than what I wanted, in that it appears to go toward a range of 0 as the LFO reaches zero.

To clarify, it seems that the maths behind this is Envelope Level * (LFO Level * LFO Modulation Amount), resulting in an Envelope Level what decreases to zero unless you make a separate LFO whose lowest points are 0.5 rather than 0.0.

The current behavior is no doubt useful, but having this as an option akin to Bipolar / Unipolar in the modulation amount controller wheel’s right-click menu would be A+. Suggested names for UI perhaps + 1 or +1, I’m not sure what would succinctly convey the difference in behavior without actually using the feature and finding out, though that’s how many things are anyway to no harmful end anyway. 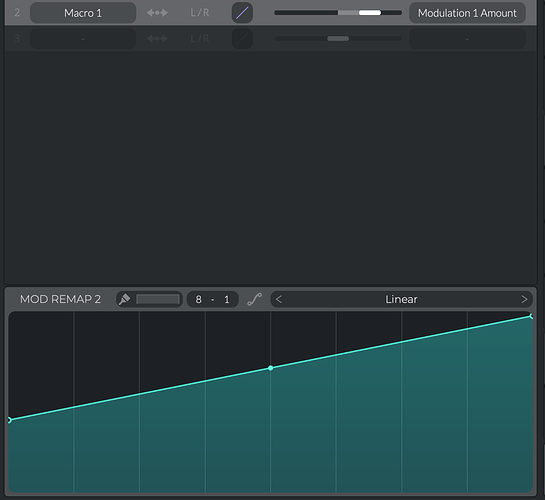