Maybe i’ve just missed some magical solution to my “problem/idea” but:
I can’t understand why no plugin developer is thinking about the situation that it would be nice to use a hardware (MIDI) device to not only change/automate plugin settings or knobs in the preset itself but also to browse presets via hardware.
It would be awesome to have the previous+next preset buttons mappable to be called via DAW/MIDI.

Also it would be nice even if it’s not possible to map it but to use the keyboard “UP/DOWN/PGUP/PGDOWN” keys in the preset browser list to change the current selected preset.
That would be awesome.

Most of the buttons have MIDI learn on them but I don’t think the left/right arrows do. I’ll see about making presets easier to browse from hardware controllers.

I second this - the up/down/left/right keyboard would be awesome too, then we could flick through presets without having the GUI eating up our CPU.

Just having the arrow keys work to switch presets would be great.

I’m just recently getting back into audio software after like 10 years of not paying attention and while I am absolutely blown away by all the new sounds and synths available both new and old like the 32 bit ones, I am also finding it absolutely ridiculous that so many professional DAWs and synths just assume that people don’t mind having to use a mouse for everything other freaking second. Real gear uses buttons, not a mouse. I am currently considering switching from Live to Bitwig and their support just told me they are hoping plugin presets migrate to a standardized format to make mapping easier. To that I say whatever

Matt, now that I’m asking for a feature I will buy the pro version, but I recently scrounged up like 500 Vital presets and thousands of wavetables and I’ll tell you as absolutely amazing and cutting edge as I can see Vital is, I am finding it horribly boring to be required to use the mouse to change presets. Basically at this point the industry has loads of amazing controllers and loads of amazing plugins but there is still a major disconnect between the two parts.

Here are 3 examples of DAW mapping solutions that I sent to Bitwig to illustrate that this sort of thing is definitely possible:

If anyone actually knows a VST app that allows for stacking of VSTs (32 bit included) and mapping to buttons like the preset change button please let us know. Programs like Akai VIP and NI Komplete Kontrol are trying to do this in a way, but are still pretty crappy. If something like this truly doesn’t exist then Matt please put an end to all this insanity and make one!

In the meantime this is looking like the most promising option, if it can’t do this now maybe I can get them to figure it out.

As a side note, a HUGE thank you for making such an amazing community based synth Matt and these days I’m thinking that Bitwig + Vital = the next generation of electronic music

you can look at element from kushview, you can recall “graphs” (presets of chained vsts or audio units) by midi program change. for me the program is more geared towards live usage though, i really think a synth plugin should have a way to recall presets by midi.

This would be great!

I second this, browsing presets without the need for the mouse alone would be perfect.

Just an update, literally days after posting here I was so fed up that I just bought this piece of software which should be useful for all kinds of things, but which allowed me to map a single button on my keyboard controller to at least left click on anything I put the mouse on as illustrated on the first video I posted above.

I also recently decided that the most productive way to work with all these pieces of software now for me at least is a Surface tablet PC so that I can both have control of virtual knobs, sliders buttons, etc without the use of a mouse, but also essentially get the screen inches from me face if necessary while working in literally any position, like in bed or standing up in front of my main controller with the tablet placed on a basic metal monitor lift ($6 thrift shop) that sits on top of my Akai MPK249 to provide hands on control and display right on top of the keyboard for any software.

I am trying to get by with no mouse OR keyboard and there have only been a few instances where I absolutely needed a mouse, but I do find myself needing to use the stylus regularly and installing software, registering things with no mouse or keyboard has been a challenge though not impossible, basically for like 50% of say registration keys I had to turn on the secondary on screen keyboard in order to even type or paste anything in. Finding screen resolutions that are convenient for all the different plugins, some of which scale or work correctly with DAW scaling (now using Studio One) has been fun too, but on the whole I have found it just easiest to work with the touch screen than a controller. Now I am just looking for big buttons and interface controls. For instance the interface on the Falcon Hypnotic Dive expansion is brilliant, but Falcon doesn’t have a very good way of browsing presets either really. Note, using the touch screen instead of a mouse I can turn multiple knobs in an interface at a time and if the controls are big you get more precise control of the cc data than say using a mapped knob.

It looks like I will be using these two devices I found on Reverb as my main additional controllers, the Atom comes with Studio One Artist which is a pretty powerful DAW that I have now started using as my primary even though I have Live, Reason and Bitwig. The Morph has a computer keyboard overlay which I may start using instead of a normal keyboard though I haven’t tried it yet. 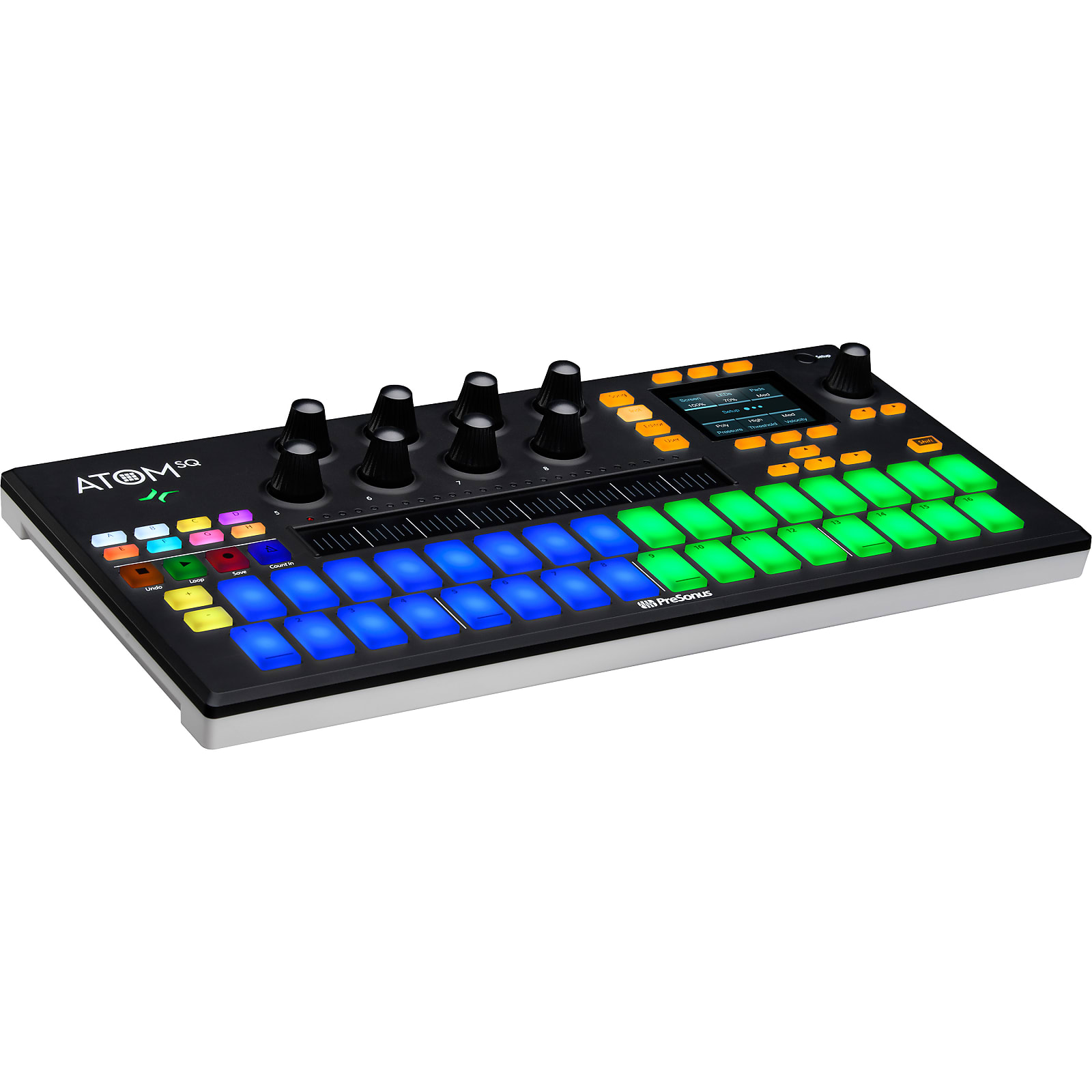 Reverb is a marketplace bringing together a wide-spanning community to buy, sell, and discuss all things music gear.

The Sensel Morph is the world's most expressive, portable, and versatile controller. With hot-swappable overlays, you can make music, edit video, and much more.

You realize your Akai MPK249 has Human Interface Device capabilities right? When set up properly it is a very powerful feature and function:

“The HID (Human Interface Device) protocol lets devices send typical computer keyboard
keystrokes. MPK249 also uses the HID protocol, letting you configure certain
buttons to send your most-often used keystrokes to your software, so you no longer need to
switch focus constantly between the computer’s keyboard and your MPK249”.

Serum and Omnisphere’s preset browser buttons are MIDI mappable and I map them in my controllers for both:


The Serum one works well with Vital because it has many similar functions, but I’ll also build a dedicated controller for Vital soon.
It would be better if soft synth makers made their keys scalable so they could be big enough for fat fingers on touchscreens like the Microsoft Surface you mention. That would be like having a hardware version of Vital.