I managed to purchase the Pro license of Vital earlier and was wondering how to get that exclusive discord perk it mentions? I don’t really know how to go about it.

If you go to your account at https://account.vital.audio there’ll be a “Modify” link.
In there you can link it to your discord ID which should role you on the server.

I’m not sure anyone has done that yet so let me know if it works!

I tried the method above and it didn’t work. It confirmed the link on the site, but when I view my Discord, the Vital channel isn’t showing up. I’m a bit potato with Discord, so maybe there are some steps I’ve missed.

You have to be in the Vital Discord first.
Then link your account on the website (with your #0000 number after your user name)

Then when you click on your profile in the Vital Discord you should have a new role. If that doesn’t work let me know!

Sorry to be a potato again, but where is the link the Vital Discord? I can’t find it on the site, my confirmation e-mail or in this forum.

Thanks, hiding in plain sight!

I’ve tried that yesterday and just now after i’ve seen this post. Sadly, i have to confirm that it doesn’t work. No new role has been added.

Tried that earlier today and just now as well but nothing happened.

Ohhhh i see… Thanks buddy! 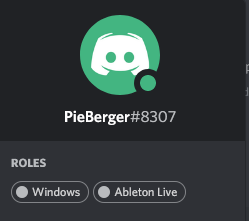 This should be fixed now. You just need to be in the server: https://discord.gg/dpZxr98 and then relink your account and you should get the new role.

I’ve probably tried too many times or something 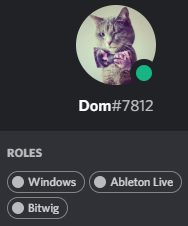 You might need to set it to something else and retry? Might be comparing against the current one.

No dice, but not to worry - I’m sure you’ve got bigger priorities right now.

Still no new role added, but as @Dom said, there are higher priority issues right now!

I’m in! For those having issues make sure that you include the #8307 (in my case) after your Discord name. I forgot the numbers before and then the hash!

Sadly that’s what I’ve been doing all along, so no change