Insane cpu use in vital fl 20, would appreciate ability to turn off animations

i played a c major chord, 3 notes using the in the mix analog pad preset 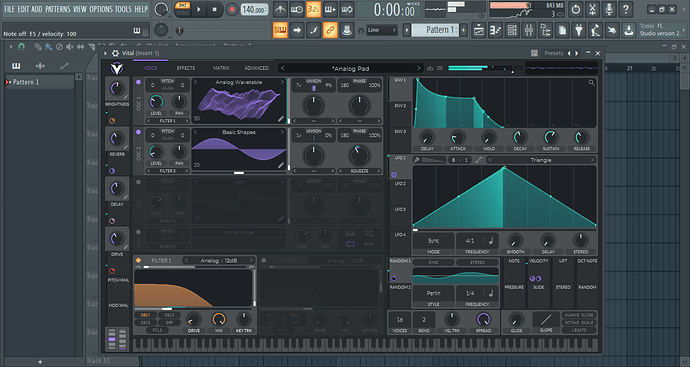 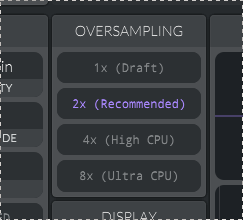 that does lower cpu usage by 10%, at least on my laptop, but the patch now sounds muddy and odd

I noticed that the oversampling is per patch and when one is using 8x, I hear dropouts.

That CPU runs at a core speed of 2Ghz so it’s no wonder you’re having issues. Remember FL Studio’s Meter is not a CPU Meter but shows how much of your Audio Buffer is being used. For a real idea of CPU usage see Window’s Task Manager/Performance.

And try running Vital in stand-alone mode and comparing the Windows CPU usage against the result using FL Studio. It may be a buffer issue (which you may be able to tweak in FL or your audio interface settings).

For me its 15-35% CPU usage in FL and Standalone mode for most presets, 15% is still a lot for just a saw OSC…
Maybe an option to reduce animation quality might take the cpu usage down (for people with iGPUs)…
Still sounds insanely good tbh. Love everything I hear…