I consider the Feature Request Forum as a play ground to suggest things I might consider useful in a synth like Vital, so I came up with the idea to also include a filter Type editor to Vital.

With it you should be able to draw any filter curves that one can think of.

My idea is to have it somewhat similar to the wavetable editor. Basically what you draw are the two extremes of the filter curve with 0% Resonance and 100% Resonance. Any value you dial then in on resonance inside the filter is a morphed value in between the two.

Your x-Axis on the editor should be in semitones, so you can orient yourself with for defining how steep the curve of the filter is supposed to be and to define how many semitones away from the cutoff point resonance are supposed to arise. On the X-Axis you should also be able to define where the cutoff begins. The Y-Axis would define the volume in db. 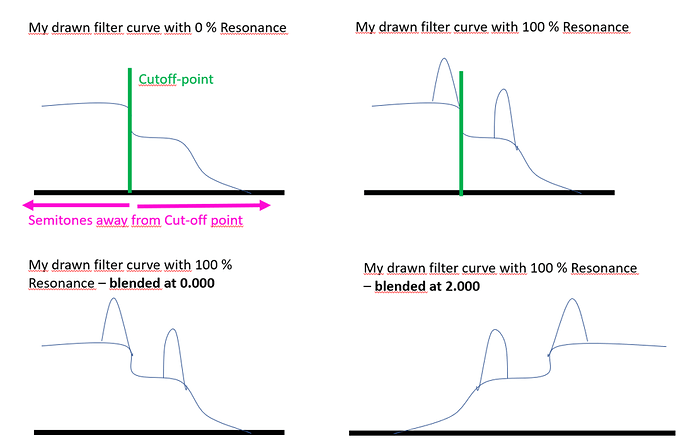 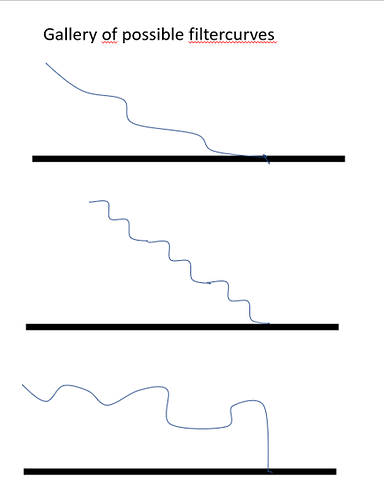 it would be a great idea if we can basically just do a wavetable style of filter designer. so we can just go emulate those known filter type like the iconic moog, roland synths or access virus.

Thank you all for joining the discussion. Even without the filter type editor, vital is a first class synth Matt Tytel
deserves the Synth Noble Price of 2020 for. I only think it is impossible for Matt to come up with all sorts of filter type ideas,
the community could come up with.

Imagine your filter could resonate with an LFO connected that runs 1000 cycles per second and the resonance peak would look like the ones below.
How closer could you get to emulate Chuck Norris farting ;-). 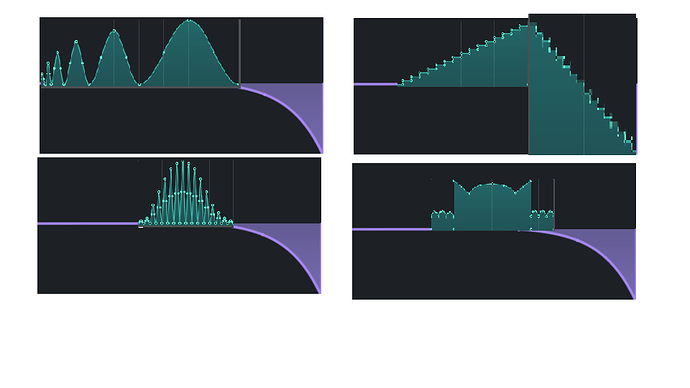