Feature Request for the Compressor

it might be fun to be able to drag both the compressor and expander bars by dragging up and down in between them. anyone else think so? 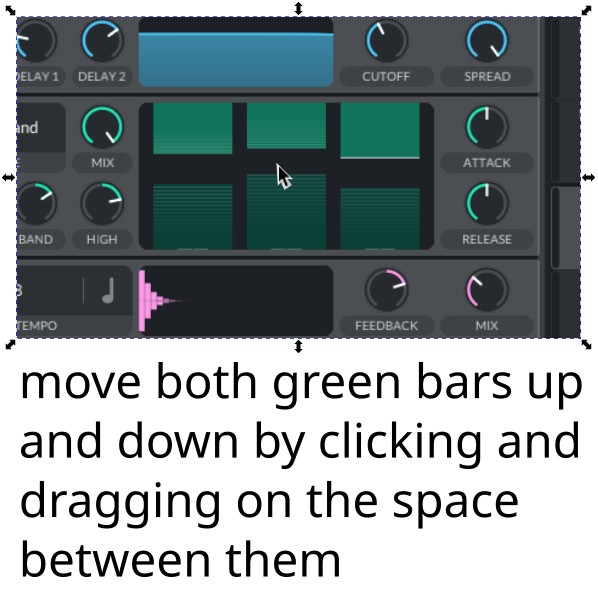 Hi. But what is the point in doing this? Is this musically useful?

that’s a good question, i don’t know what would happen if there was simultaneous control of both thresholds. it just seems like something that should happen if i’m clicking and dragging in that spot. to be honest i still don’t understand OTT

I think this is a yes and no scenario.

In short, if you drag the expansion compression up it’ll push the other green bar with it, I believe, so in theory it accomplishes that task you mention but just not as visually/QoL appealing.
Secondly, as it’s OTT, if you’re not looking for as much compression you’re going to reduce the mix knob anyway. It would be a rare (or atleast for me) scenario where I’m looking for only more expansion with minimal to no compression except for weird sound design scenarios.
Finally, the only reason I would not suggest this - I believe it would make it too complicated to use. Either the double drag is implemented and you lose individual control over the band thresholds, or, it remains as is and your feature is implemented over top - in which case I feel there would be too much to click on in the small window which would have negative effects on use/work flow (to easy to click the wrong thing)

That said, if that functionality was needed and implemented, I think your suggestion would be the nicest visual way to do so.
Hope you don’t mind my thoughts!
Cheers

Said it better than I could!