Degree of phase for an oscillator, seems incorrect in vital

Im just looking for clarification on something, its not necessarily an issue, just a deviation from the norm:

In my lessons, ive been taught that the default phase of a wave starts at 0 degrees: 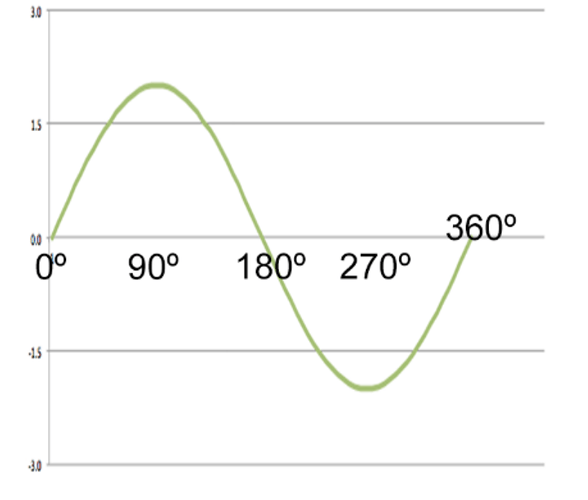 The sine wave starts in the positive direction, beginning at 0 degrees phase.

But, in vital, 0 degrees is opposite, an inverted sine.

I set the phase to 0, play a sine wave, and the resulting audio file begins in the negative direction (as if it is actually in 180, inverted phase)

Vital, by default has all the oscillators set to 180 degrees, so that it oscillates as if it were in 0 degrees, but i am wondering, why not start the wave at 0 degrees instead?

It seems to break all physics conventions ive been taught.
Just wondering what the reason is, its not an issue, just a confusion

I’ve been wondering about this too. The thing that drew my attention to it were a few tutorials on Youtube where the presenters were initializing Vital and then immediately setting the OSC phase to 0 before doing anything else.

I’m not sure it really matters whether the OSC cycle starts in an inverted position or not but I would love someone to explain to me why (as it seems to be by deliberate design). I’m sure the answer is pretty basic!